We chose to focus our activism project on spreading awareness of teen dating violence among high school students through a series of posters. Teens tend to start dating at the beginning of high school, but with dating- there also comes dating violence. The point of this project is to spread awareness of dating violence and persuade teens to start talking about the signs and symptoms associated with abuse in a relationship so they can identify and prevent it. 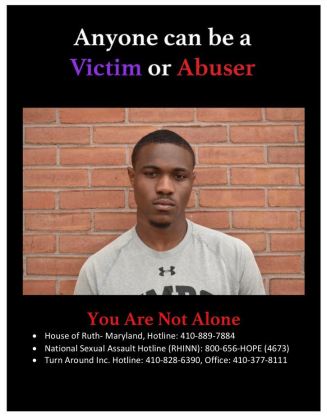 We created three posters (featured images) with the captions: “Anyone can be a Victim or Abuser”, “Know the Signs of Abuse”, and “1 in 3 adolescents in the U.S. is a victim of physical, sexual, verbal or emotional abuse from a dating partner” and each poster listed resources available to them. We want teens to know the signs of abuse in a relationship and that it is not their fault and never okay. The overall goal was to get teens talking about dating violence so they can try to prevent the normalization of violence within relationships. Originally, we were going to put the posters up in local schools (Catonsville high, western tech, etc) – however, when we called various schools, they said we had to clear it through the head office of Baltimore County Public Schools. So we called them and they said and I quote, “we have nothing to do with that type of stuff”. Which surprised us because you would think

that schools would want to be involved in breaking the cycle of violence and creating awareness of dating violence at the age that dating starts. We ended up hanging our posters near Mondawmin mall (which is near a few schools), charm city skatepark, Carroll Park, and community centers like Banneker and Westchester. So while the location of our project changed, the goal of putting posters where teens will see and want to talk about dating violence stayed the same. And I would say it was quite successful because as we were hanging some of them up, teens were already seeing the posters and talking about personal stories or friends or just about the topic in general. By saying that anyone can be a victim/ abuser, quoting statistics and signs of abuse we hope to help break the cycle of abuse and violence in relationships.

It is so important to get teens aware of the signs and symptoms of dating violence at an early age (when dating starts) because it will help to break the cycle of abuse and violence. Often times teenagers trivialize abusive signs- like obsessive calling/ texting or jealousy- as normal relationship behavior, but it’s not and that is why dating violence needs to be discussed. Being turned down by the district school system only angered me and made me want to fight them on the subject and push harder for advocating for the education of dating violence among teens. For students who choose to do a similar project in the future, I suggest starting earlier and taking the time to make a case for why dating violence should be talked about in a school setting. We have always advocated for discussing and spreading awareness of dating violence but it tends to be in places where other people agree with us or who want us there advocating for it so the challenge that the Maryland school system presented us with has changed how we would pursue something like this in the future.

By: Skyeler McNeil and Tre McCalla

Resources available to you: