For our activist project, we decided to focus on a topic that we felt was highly important for the future of our environment. We felt that inspiring and motivating people to be aware of the environment was key to ensuring the future health of the ecosystem. We ventured to Instagram in order to spread our passion, since the platform is easily accessible and utilized by a wide variety of people.

END_OF_DOCUMENT_TOKEN_TO_BE_REPLACED

For my project I focused on Baltimore’s ever growing trash and litter pollution problem. The reasoning behind my choice was that littering is a problem that I have noticed on a firsthand basis daily. Whether it was the simple act of watching somebody throw trash out of the window, or a parent littering in front of their child I realized that there was a need for prevention as well as restoration. I decided to put together a Facebook page titled Clean Up Baltimore that now has 58 group members. So far we have only had 2 cleanups, however I do intend to keep the once a month tradition alive d 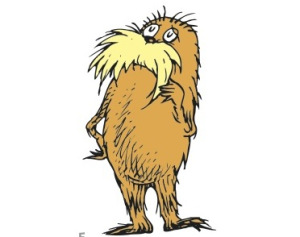 uring the Summer. During our first event I noticed that just by having a group clean up, it sparked members of the community to come out and ask what we were doing and sometimes even attempt to get involved. This in itself was informational and influential because it allowed one more person know the effects that littering can have in their own community. There are a few reasons on why people litter, sometimes it is a lack of knowledge, other times it is laziness, and occasionally it is accidental. However, these few reasons are outnumbered by large in the effects that littering has on the environment.